Second night of protests in Seattle over Trump's immigration ban 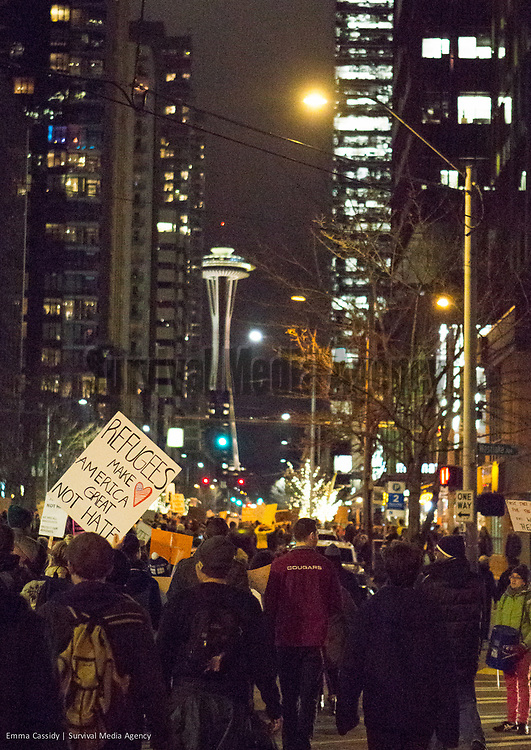