PARIS, FRANCE-- Hundreds of people gathered for a sit-in at COP21 to demand that climate negotiators agree to a strong deal for the climate. The civil society members aimed to put pressure on Parties to not give up on an fair and ambitious agreement that was promised by Heads of State at the beginning of COP21. Activists held signs that read "Don't compromise our future," "1.5 degrees Celsius, Rich Countries do your Fair Share," "System Change Not Climate Change." At the end of the sit-in, a march was led to the mock Eiffel Tower at the conference center and the protest signs were attached to the tower. 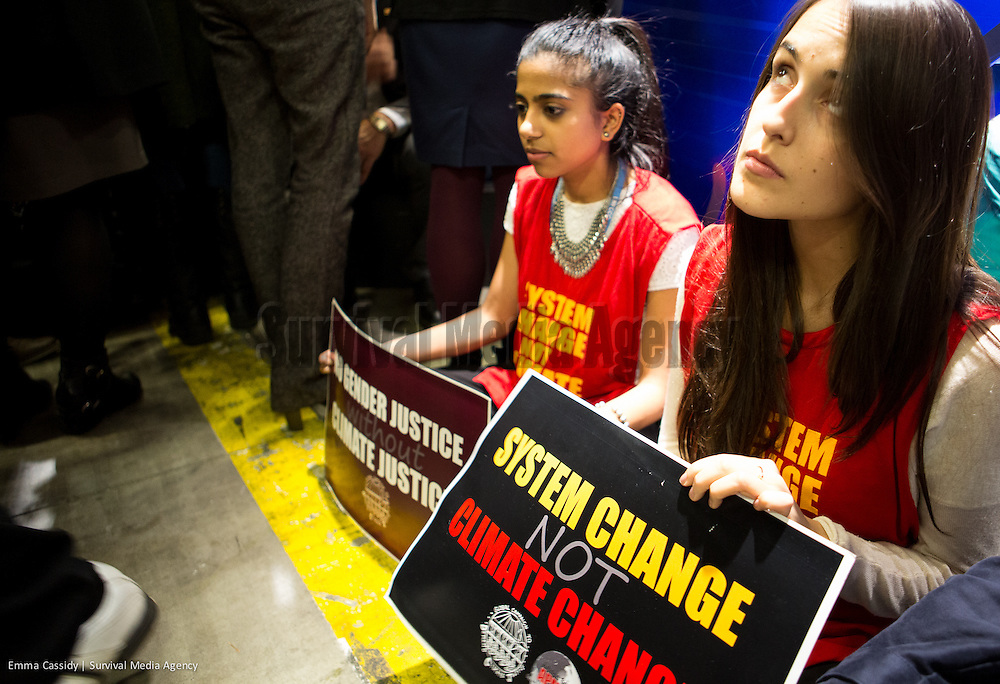