PARIS, FRANCE-- At at protest performance at the Louvre Museum today, activists and artists held up umbrella's with the message "Fossil Free Culture" painted on them. The activists are calling on the museum to drop fossil fuel sponsors Total and Eni, two of the six major oil companies in the world. The protest at the Louvre in Paris occurred during week two of the COP21 climate negotiations. 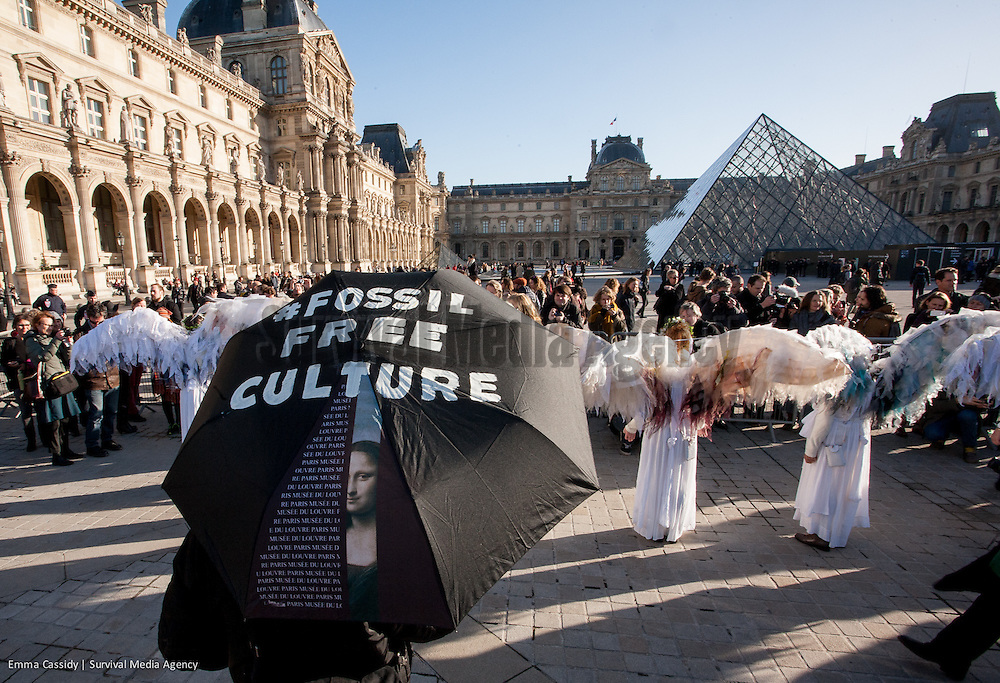