PARIS, FRANCE-- Children of Avaaz members at COP21 hold letters that spell out "Adieu Fossil Fuels." The event today was intended to put last minute pressure on climate negotiators in hopes that the deal will shift the world away from fossil fuels and toward 100% renewable energy.

On December 11, 2015, the COP21 is at the end of it's second week of negotiations at the United Nations Climate Change conference. The COP21 is being held in Paris, France, at the Le Bourget conference center. 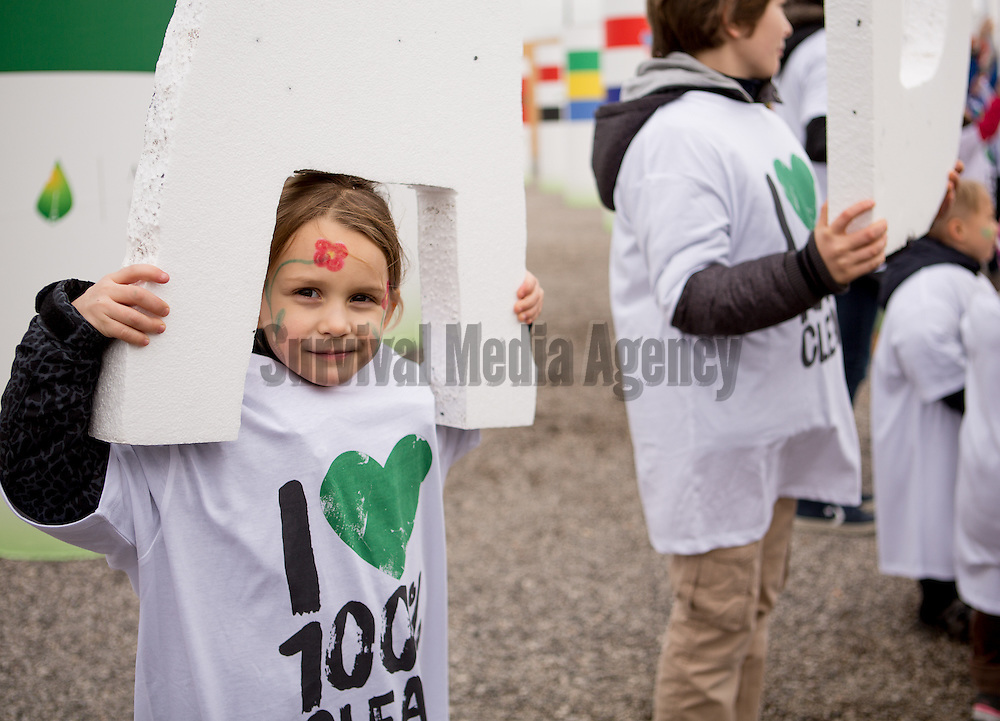