The group of partner organizations supporting the D12 mobilization just made a big action on saturday 12, 2015 at the heart of the city of Paris, where the clock is ticking down on a global climate deal


The Red Lines action that had thousands of activists, was intended to launch a new wave of what some activists call “climate disobedience,” civil disobedience actions that challenge the fossil fuel industry, often at major infrastructure projects like coal mines or pipelines.


Not about judging the text, it is about planetary red lines and taking the fight forward with regards to the fossil industry that thrives despite major climate calls. 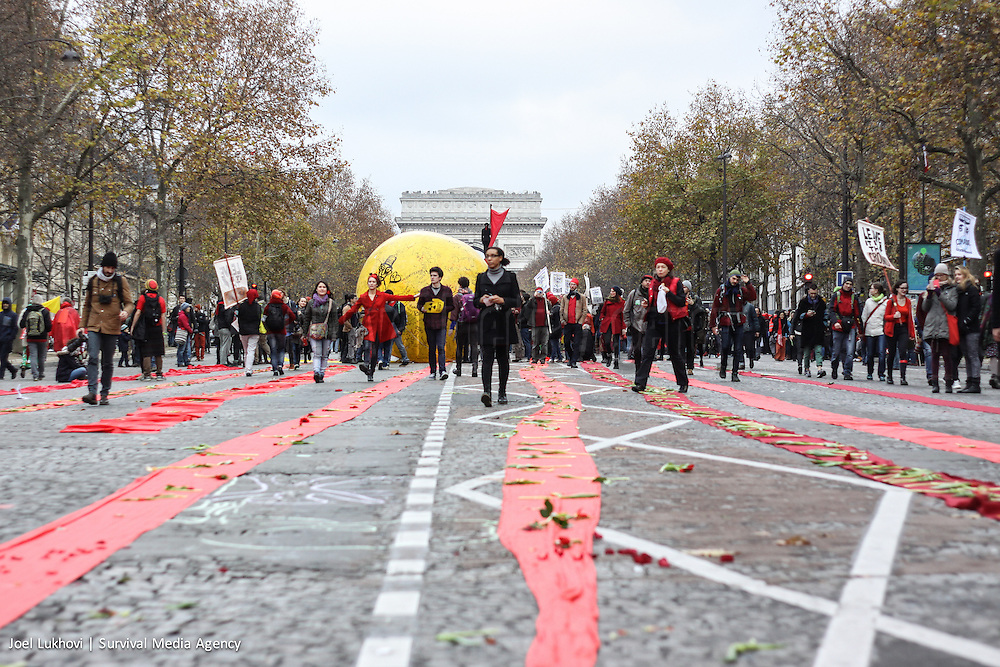